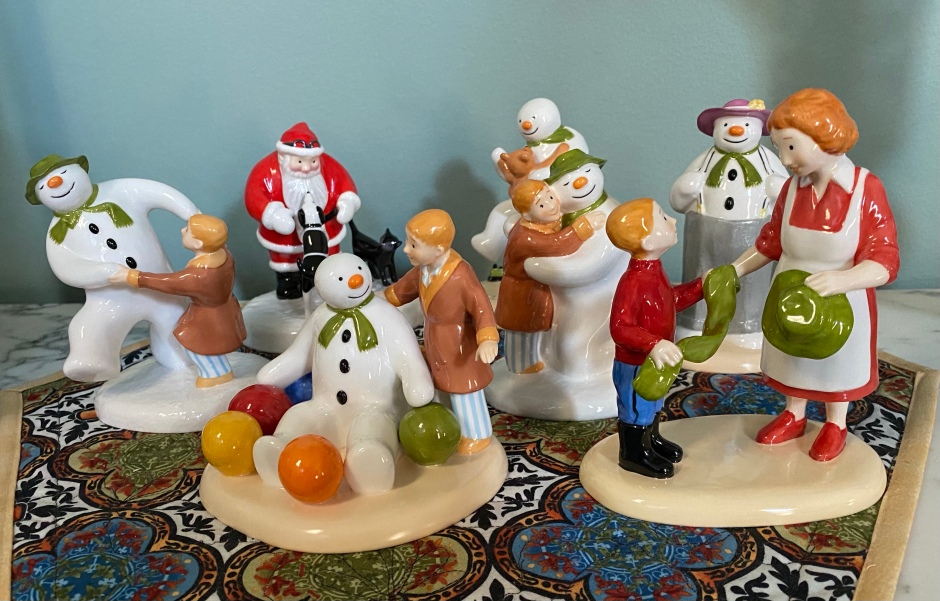 During the COVID-19 Pandemic, many of us are isolated in our bunkers and sharing holidays in the ether. One virtual party I was invited to solicited holiday traditions and memories from guests. Fortunately there were so many responses that I did not need to venture past just thinking about it, but think about it I did.

In mentioning this to my husband and fellow shelter-in-place inmate, his response surprised me. The first memory that came to his mind was of my daughter on one Christmas Day. Suffering from pre-adolesence and out of sorts, she was not keen on going to the extended family Christmas gathering that day. Every year she had shared Christmas Day with extended family and returned well fed and laden with gifts, some more welcome than others. There had been a multiple year run with some version of a make-up kit. Sitting reluctantly in the backseat, arms tightly crossed, eyebrows furrowed and pre-pubescent pout in place, she muttered, “Let’s just pick up my make-up kit and go.” She had a point; there was one post-Christmas where I spent an inordinate amount of time scrubbing smeared Strawberry Shortcake lip gloss out of a bathroom sink, smelling of artificial strawberry while its pink goo persistently clung to the porcelain and withstood a series of cleaning products. I was not terribly fond of makeup kits myself. No matter how funny what has been said seems at the time, the hardest lesson to learn as a parent of pre-teens is to not laugh when they have said something that is earnestly spoken but absolutely hilarious. We did our best to swallow our chuckles and redirect her thoughts to the joys of Christmas. In my memory, she had as good a time as any that year—complete with make-up kit beneath the tree—and was in good cheer on the return home.

I would have thought that my fellow inmate’s first thought would have been a certain Christmas artifact, a Fitz and Floyd Santa Claus that I had victoriously found marked down at a post-Christmas sale. It was both a gorgeous Santa and a gorgeous a teapot. I proudly displayed my find at the next Christmas and, on the face of it, it was truly a treasure. Unfortunately, everyone else focused on the reverse side and comments ensued about the emerging bunny in the back. I—and only I—insist that the bunny is coming from a log that Santa is sitting on while everyone else insists that bunny is emerging from Santa. This debate has been repeated annually and, when pulling it out with the other Christmas decor, my Christmas treasure is usually referred to as the bunny-butt.

My memory, though, goes back a bit further. On Christmas Eve my father always recited a poem about Christmas Eve in the workhouse. My siblings and I have been able to remember a line or two, but none of us can recite it in full using the Cockney accent my father put on (or at least it sounded Cockney to our California-raised ears). Inspired by the request to relate traditions, I decided to research it a bit. My initial theory was that it was from Britain and was something my father might have picked up while he was stationed there during WWII. He went to Britain before Canada entered the war to enlist in the RAF. He wanted to be a pilot, and had learned to fly, but the RAF did not send him up because of his eyesight. Instead, he worked on early radar and was stationed in Cornwall and Northern Ireland for the duration of the war. This was such an impactful time; on his 70th birthday one of my brothers asked what was the most important time in his life. We all awaited a response such as “meeting your mother” or “becoming a father to you wonderful children.” Instead he responded that his time in the war was his most memorable. It would follow that he would have experienced much in his time there, including discovering and bringing back an amusing Christmas poem.

There was a poem I found, Christmas Day in the Workhouse by George R. Sims (1903). It is a rather serious poem calling out wealthy patrons for feeding paupers in the workhouse on Christmas while harboring no good will or compassion beyond this public show of charity. My guess is that versions of my dad’s poem grew out of this, and there are many versions. I found a discussion thread that mentioned a version that was in the 1977 movie, “The Gathering” as well as in a book by Anthony Hopkins, Songs of the Front and Rear: Canadian Servicemen’s Songs of the Second World War.” Perhaps this was not an English iteration but a Canadian one. Sadly, it never occurred to ask my father about the origin of his poem, we were all too busy groaning as he launched into it every Christmas Eve.

Between all the versions I found, and my fuzzy wuzzy memory, I think I have been able to reconstruct the poem as my father had recited it.

It was Christmas Eve in the workhouse
The one day of the year
The paupers all were merry and
Their bellies full of beer
In strode the Workhouse Master
Within those grimy walls
He cried out: ‘Merry Christmas’
The paupers answered ‘Balls’
This enraged the Workhouse Master
Who swore by all his gods
You’ll have no Christmas pudding
You dirty rotten sods
Then up stood one old pauper
His face as bold as brass
‘We don’t want your Christmas pudding
Shove it up your…oven’.

As with any good limerick, the rhyme in the versions I found online led to the expected off-color conclusion. My father’s version was suitable for all ages. Part of the fun was that all of us knew where we were being led—that pudding was not directed to an oven—but my dad implying a naughty word was much funnier than him saying a naughty word. We laughed inwardly and groaned aloud every year.

Long after I moved from home, my father would phone on Christmas Eve and recite his poem and I would groan on cue. My Dad has been gone for some years now, but never does a Christmas Eve pass without me thinking of his silly poem. In this year when people are separated and traditions are harder to observe, memories of those who have been in our lives and the traditions we shared are ours to recall, embrace, and perhaps share in our virtual, socially distanced communities. While there are many memories and traditions that I remember fondly, this is what comes first to my mind like a jolly ghost of Christmas past that visits the eve before Christmas.

Merry Christmas to all who celebrate the day, and a joyous and safe day to everyone near and far.